Your phone vs. Supercomputers

Today, I looked up how many floating point operations per second (FLOPS) that an iPhone can do. It turns out the A14 chip in the iPhone can do about 11 TFlOPS according to Apple. Let's give Apple the benefits of the doubt and not get too deep into how they got that number, and put it to perspective and compare the iPhone with the Top 500 Supercomputers in the world over the years: 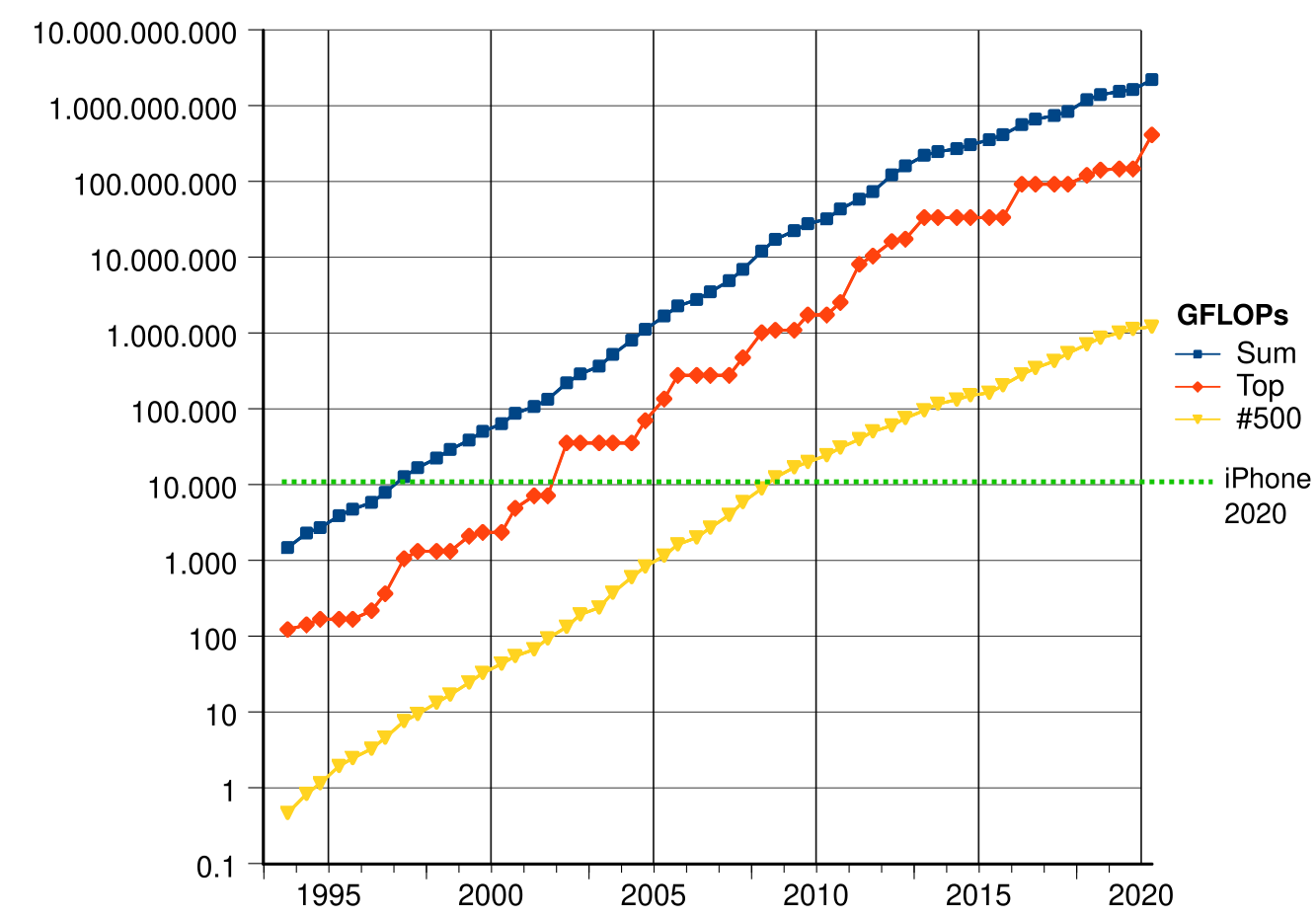 People talked about how the computer on Appolo was so slow. I get it, but I can hardly relate to that. I wasn't born then. However, 2009 was just 12 years ago. I could still remember it vividly. I was a freshman student then.

Reflecting on that, I figured:

We have the most power computer in our pocket. Doing something amazing with that power should constantly be a question on our mind. All that power just to push one more ads is a fucking stupid and disgusting idea.